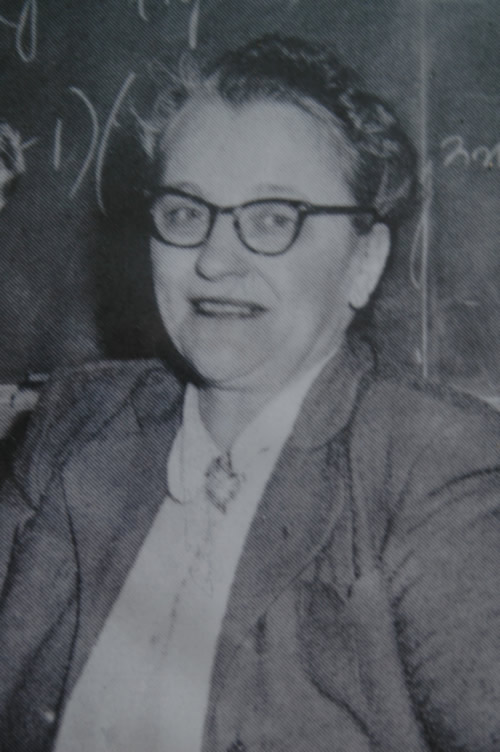 Edna Hoffman taught mathematics at Royal Oak (Dondero) High School from 1944 through 1966. Some of her students remember her placing numerous comments on almost 200 tests and homework papers each day and every day. Her comments, corrections and suggestions filled the margins of student papers and provided as close to personal tutoring as one could get during that time period. Her efforts resulted in many students acquiring a respect and love of mathematics.

Mrs. Hoffman was dedicated to serving her profession as well as her community. She sponsored the Future Teachers Club at the high school and organized a week of field experience for those interested in careers in education. She was very persuasive in getting her colleagues to allow their classes to be conducted by high school students. Because of her support, many of her students won scholarships and became math majors in college.  Many followed her example and became math teachers.

In the early 1960's Edna Hoffman was named "Teacher of the Year" by the Michigan Education Association. She was inducted into the Royal Oak High School Hall of Fame in 2006.