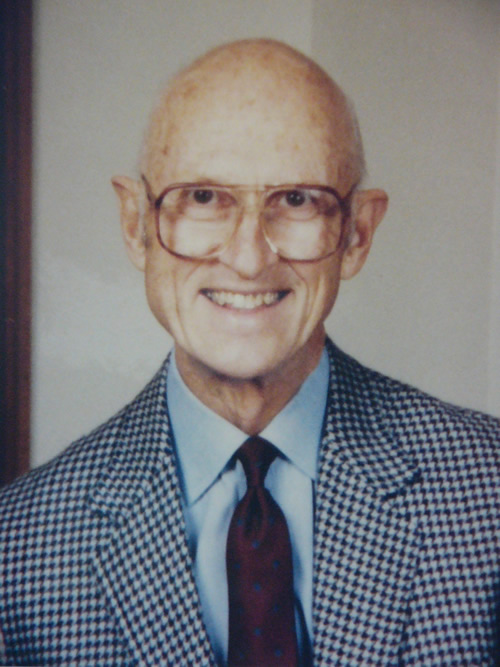 President of American Osteopathic Certifying Board in Obstetrics and Gynecology

James G. Matthews graduated from Royal Oak High School and attended, what is now, Eastern Michigan University.  In college he was an outstanding member of the track team, class president and president of the student government.  In 1996, Dr. Matthews was inducted into the EMU Hall of Fame.

James Matthews has a medical degree from Kirksville College of Osteopathic Medicine.  His specialty was obstetrics and gynecology.  When he retired from practice he estimated that he had delivered approximately 14,000 babies and performed over 10,000 surgical procedures.

In addition to his private practice that extended into the year 1992, Dr. Matthews served as chairman of the departments of obstetrics and gynecology at Detroit Osteopathic Hospital and later at the Dallas/Fort Worth Medical Center.  In 1964 Dr. Matthews was chosen President of the American College of Osteopathic Obstetricians and Gynecologists.  He has also served as a college instructor, a mentor for medical interns and a speaker at medical in-service programs.  In 1984 he was awarded the Distinguished Service Award by the American College of Osteopathic Obstetricians and Gynecologists.

Dr.James G. Matthews was inducted into the Royal Oak High School Hall of Fame in 1998.